The Privatisation of Water

You’d be forgiven for thinking the privatisation of water first began in 1989, but that’s not necessarily true. In fact, Bristol Water has never actually been in public ownership.

Well, when we were established as an Act of Parliament back in 1846 (smack bang in the middle of the cholera epidemic), we were privately funded so we could have an especially strong focus around a social purpose to improve public health by providing clean and affordable supply of water to the whole city. Skip forward a century later, to around 1989, and privatisation as you probably know it officially started; this was when the ten publicly owned water companies become privatised.

Right now, over 50 million household and non-household customers in England and Wales receive their services from a range of privately owned companies (although the ownership of Dwr Cymru is different of course). Most water companies are regional monopolies with dedicated pipe networks and water supplies in each water company area (for household properties). While competition has been introduced for the water supply for most business customers, household customers can’t choose or switch their supplier and even then, competition would be limited. Because of this, water companies are heavily regulated with the use of incentives that influences them to act with the customer interests first – this is called economic regulation.

Economic regulation delivers a great number of benefits to water customers, but on its own isn’t a silver bullet. This is why in recent years there have been debates over the way public services are funded, and whether changes in owndership structures in water and utilities in general are needed more generally. But the perceived benefits of public ownership (most notably that this can deliver affordable bills in the long-term) can be delivered via private investment, without the pitfalls of taxation, so long as social contracts are embraced.

So how do we move beyond privatisation of water?

As a provider of an essential public service all of us at Bristol Water recognise the responsibility that we have to society to have a positive impact beyond the provision of a safe and reliable supply of water. Our purpose is to have a positive impact on the lives of our customers, our communities, our colleagues, and on the environment beyond the delivery of pure and reliable water. We were the first company in the water sector to enshrine this social purpose by publishing a social contract as a means for our customers and stakeholders to hold the business to account over our actions.

Our approach goes way beyond national regulatory frameworks and corporate social responsibility. It aligns the legitimate role of profit and reward for shareholders with the well being aspects of our purpose. Over the last year, we’ve worked in partnership with local businesses, councils and academics to deliver wider societal benefits in a way which contributes to resolving the key issues that society faces. We installed eight water fountains across the city of Bristol. We supported hundreds of schoolchildren through career workshops, mentoring activities and through our Youth Board, by giving sixth formers a unique opportunity to present their ideas to our CEO. We restored an actual river, which had been lost since the Chew Valley Reservoir was built in the 1950s and in so doing were able to provide new habitat for several species of rare and threatened wildlife. All of that was accomplished in just one year, imagine what we could do over the next five.

Evolution of the social contract 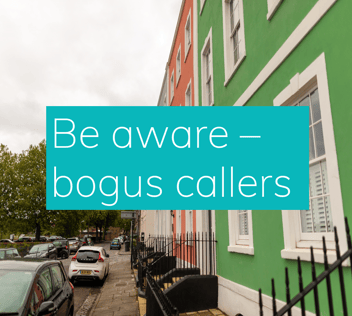 Be aware of bogus callers

Bogus callers pretending to be from utility providers are still active – even during the Covid-19...

When we get reports of customers with no water our first thought is “how do we get the water back...