Hi, I'm Patric. I’m in the Water Resources and Environment team here at Bristol Water water so if anyone is meant to know about how to save water it’s probably supposed to be me. And that’s a bit bleak because my water use is pretty much like everyone else’s.  I don’t have a composting loo (because… well.  Honestly.) or some kind of waterless shower and although I’ve tried to find water-efficient things for the house, it’s not been all that easy.  Finding a washing machine that was fairly quiet, energy efficient, water efficient and cost less than the US defence budget took a lot of Googling.

However… writing all of that makes me realise that I’m not on my own with this, so if I can do things that save water without making life unbearable - or even tricky - they’re probably things that might be slightly useful to someone else.  I’m not going to do anything particularly extreme here, but I do care about water use a lot - more than I’m letting on - and a deep-seated desire to do something positive about the environment is why I’ve worked for Bristol Water for ohgoodgriefmorethan30years.  If I say it quickly no-one will realise I’m quite this old.

So although I think a blog is supposed to be a bit diary-like, telling you about the things I’ve done today and how the shower head fell off and hit me in the face (of which more later), I’ve been trying to save water for a while so there will be flashbacks.

Speaking of which, back to when I bought this house, which was twenty years ago.  It’s a 1930’s semi like a lot of the housing stock in Bristol: probably a good time to be a builder then, and to judge by the way that the lady selling the house proudly showed me the receipts from when she’d had the house re-wired in 1982, no maintenance for some time.  The plumbing hadn’t been touched at all: a huge cast iron bath, a toilet with one of those ceiling-level cisterns that contain about a hundred litres and give you a real concern that the bowl is going to overflow when you flush; and lead piping snaking through the house to every tap.  The good thing about lead piping that’s been plastered into the wall is that it’s easy to find: just drill a hole in the wall.  It doesn’t need to be a big one, you’ll find a lead pipe every time.  Sometimes it will be the gas instead of the water. 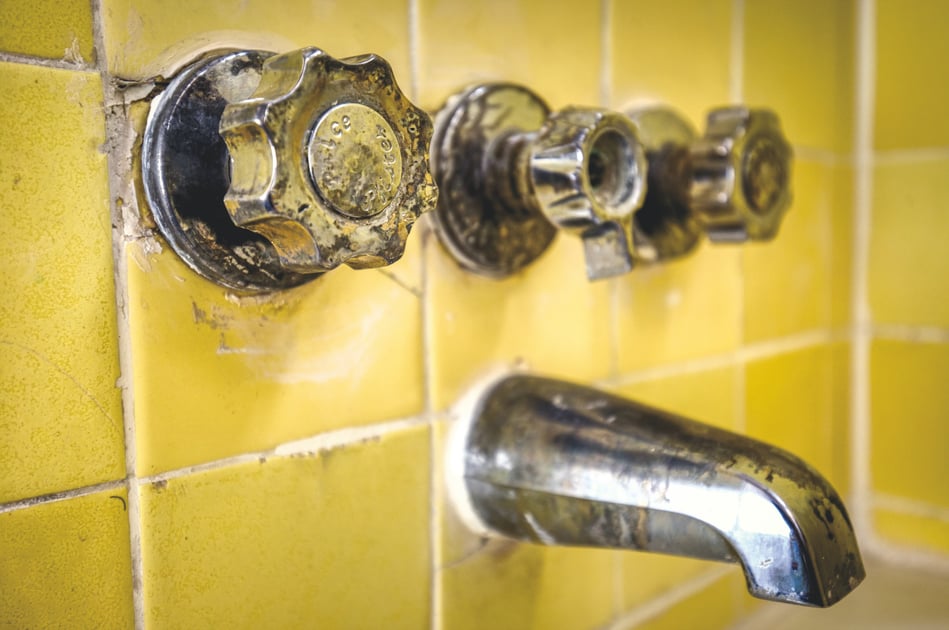 The one thing she had however done was to get a water meter, for which I am quite grateful - mainly because it means that I’ve never had to convince the rest of the household about the benefits of having one.  I must admit I find the idea of an unmetered water supply really odd: we don’t pay a fixed charge for shoes, pizza or light bulbs and then have unlimited access to them for the rest of the year, so why would you do that for the one thing you consume by the ton?  She’d had a meter installed because she lived on her own and it was saving her money.  And although I’ve never done some kind of back-calculation to see what my bill would have been I think it’s saving me money too.  More important for this blog, it enables me to keep track of how much we use in the house.

I’ll finish this thrilling episode with an introduction to my meter.  It is apparently one of the oldest type installed and I can confirm it’s pretty tricky to read, but I’ve found that if get the cover off and wedge my phone half-way down the meter chamber I can get a photo of the dials and do the reading that way.  It’s out the front of the house in the pavement and is of course under a large and prickly bush, but a bit of pruning did the job and now there’s enough elbow room. I’ve been taking readings once a month for a while now, and will save the news on that until the next exciting instalment.

Oh, and the showerhead?  Well, if you unscrew an overhead showerhead to see if you can fit something more water-efficient (like this flowpoint eco model), they can be quite heavy when they finally come loose.  Just saying. 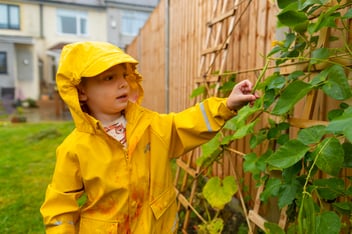 We have just published our household charges scheme for 2021-22. This is something we do every year... 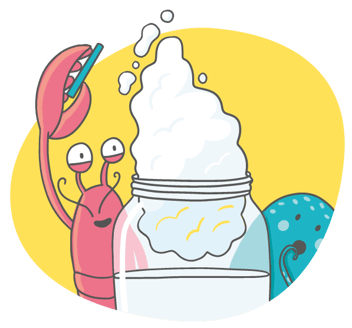 A brand new learning portal for KS2+ brimming with over 50 learning resources has been launched by...