What’s the average water bill? It’s not as simple as you think.

Actually, calculating the average water bill isn’t as easy as you might think. Your bill depends on how you’re billed (metered or non metered) and where you live.

An average bill of £185 is also a bit below the UK average for clean water, which stands at £194 according to Discover Water. Your water bill is normally combined with your sewerage charge which is around about £223 a year. But our younger friends at Wessex Water deal with that in our area.

Your water bill is calculated differently depending on whether you have a water meter fitted or you’re charged based on your property’s rateable value. Let’s just quickly explain the difference between the two.

This was the traditional way of being billed for utilities until we started fitting meters in the 1990s. It’s based on your local authority assessment of the value that each property should pay and surprisingly, some of these haven’t been reviewed since the 1970s. The most recent review was 1990 too so it’s a bit out of date, but as all new homes are fitted with a water meter there's no need to change it.

On a meter, you’re billed for the water you use rather than an estimation based on your property’s value. This means that a lot of people actually pay less because they don’t use as much water.

We know not everyone saves money on a water meter but many do, if you’re one on those people who has read loads of bad stuff about water meters it’s worth reading why meters aren’t such a bad thing before making a firm decision either way.

If you fancy it, you could fill out our meter calculator to see what your metered water bill could be.

Lowest leakage in the country

A report released this week by the Consumer Council for Water has named us the industry’s best... 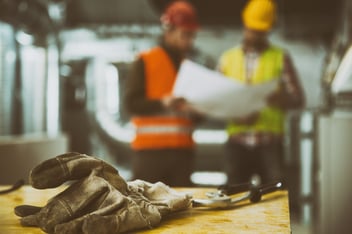 When we get reports of customers with no water our first thought is “how do we get the water back...